In the movie “AI: Artificial Intelligence” directed by the famous Hollywood filmmaker Steven Spielberg, and released in 2001, the robot human named David tries to express his feelings for a woman who adopted him as a child.

Throughout the movie, the woman struggles about her mixed feelings towards this robot boy who was programmed to love her. Let’s the put aside the question of whether it is possible to create such a robot. Futurists study and discuss the technology of tomorrow or the capabilities of computers in the future. The key question is what will it be like to be a human?

The world is becoming more digitalized in every way. As the technology evolves day by day, the questions asked have also changed. Mobile devices, smart machines and all inventions and innovations defined as the internet of things unearth a question of identity. What will be the new definition of identity for humans who today create imaginary identities in the virtual world of web, as they transit through an era when the boundaries between the online and offline worlds are blurred?

Humans are caught between the fear of not keeping up with the agenda and the anxiety of losing one’s mobile phone, with addition to technology rising to a level that is higher than ever. On the other side, the efforts of creating a cash-free society mainly across Northern Europe have started to also be seen in Turkey. And the digital media has made information more accessible, facilitating dialogs both between governments and citizens and between different groups and individuals within a society. Although Covid-19 epidemic forced countries to close their borders and people to stay in quarantine, it also shaped a new educational system: the era of digital learning…

What does it mean for the humanity that all kinds of innovations, like robot nurses as healthcare personnel, restaurants without people, distance education, contact-free payment systems, etc. are now at the very heart of our lives? How will technology affect our mental health? In what ways the human psychology an behaviours will change? How will this affect one’s relationship with their community and surroundings or the family structure directly or indirectly? We, as Kadem and as caring people, will discuss in detail three main questions during our summit that pays a closer look to the psychological and sociological effects of the technologies we use today and the innovations that are just around corner. 1. “How do we ensure that the digital world serves the humanity?”, 2. “How will the new practices of social life shape the future in the digital age?”, 3. “What should we do to protect our moral values and culture fabric in the digital age?”

You can view speaker resumes.

Gülser Ustaoğlu
General Manager at the General Directorate of Status of Women, Republic of Turkey Ministry of Family, Labour and Social Services 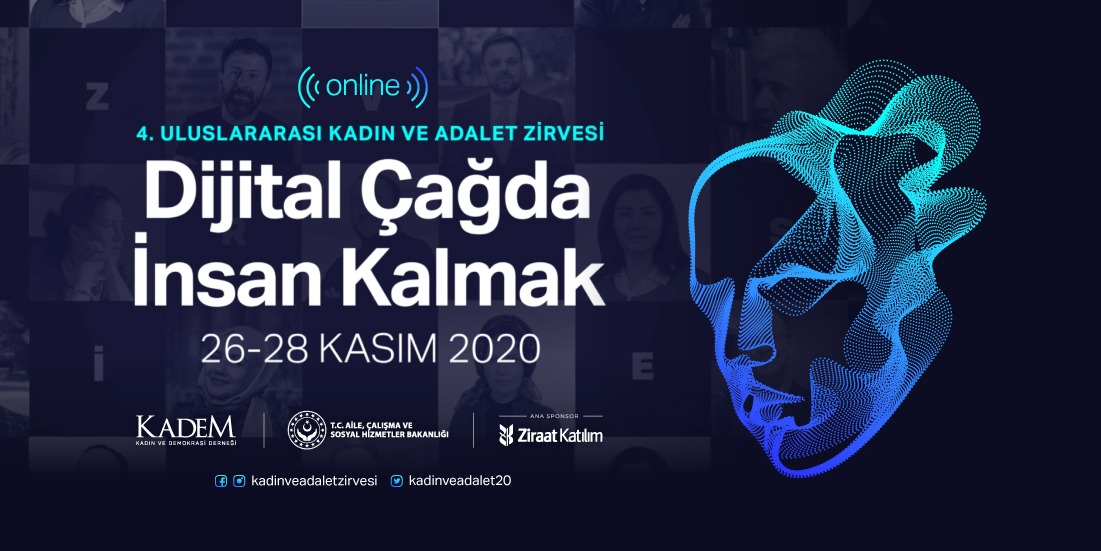 Mrs. Dr. Saliha Okur Gümrükçüoğlu
Chairperson of the Board of Directors of Women and Democracy Association

Mrs. Zehra Zümrüt Selçuk
Minister of Family, Labour and Social Services of the Republic of Turkey

H.E Recep Tayyip Erdoğan
President of the Republic of Turkey

“People grow up under the shadow of people”

What It Means To Be A Human In The Digital Age?

EXPOSITION OF HUMAN CONSCIENCE THROUGH ART AND TECHNOLOGY
Refik Anadol

HOW WILL ART AND ART EDUCATION FIND ITS PLACE IN THE DIGITAL ENVIRONMENT?
Şirin Pancaroğlu

How Will Our Habits And Attitudes Be Affected By Online Education?
Prof. Michele Notari

What Are People Distracted From, In The Age Of Distraction With Reference To Power Of Reading?
Prof. Frank Furedi

The Problem Of Continuity Of Existence In The Cyber Age
Prof. Dr. Ayhan Bıçak

What Ways One Should Use To Seek The Truth In A World Where Information Is Digitalized?
Asst. Prof. Ray Walshe