The Women and Democracy Association (KADEM) organizes the Second International Women and Justice Summit at the WOW Istanbul Hotels & Convention Centres in Yeşilköy on 25-26 November, 2016.

The opening ceremony will be honoured by the attendance of His Excellency Recep Tayyip Erdoğan, the President of Turkey; Fatma Betül Sayan, the Minister of Family and Social Policies; and Filippo Grandi, the UN High Commissioner for Refugees. The summit will focus on “Women in Peace-making Processes” and “Syrian Refugee Women and their Problems.”

Following the opening on Friday, 25 November, a Panel Discussion at the Ministerial Level will be held, which will include government ministers from Azerbaijan, Bangladesh, Bosnia-Herzegovina, Palestine, Croatia, Iran, Kosovo, TRNC, Liberia and Sri Lanka.

On Saturday, 26 November, the second day of the event, all woman-related issues will be discussed in four different sessions featuring Turkish and foreign participants. The main topics to be discussed at the sessions are as follows: 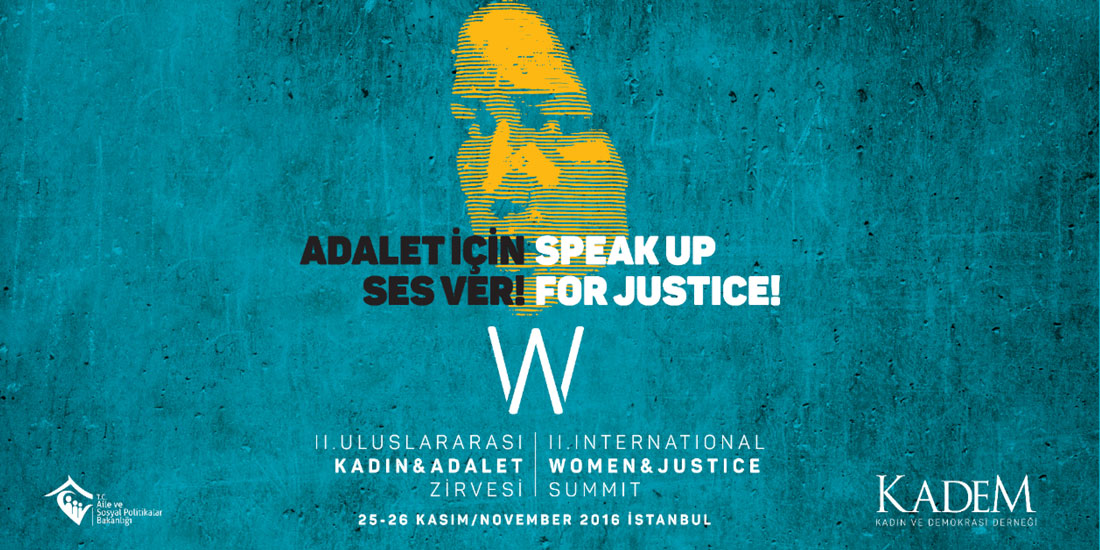 WOMEN IN THEIR WORKING LIFE AND EMPLOYMENT OPPORTUNITIES

COMBATING VIOLENCE AGAINST WOMEN AND DISCRIMINATION

TÜLAY KAYNARCA
Member of Parliament, The Grand National Assembly of Turkey, The Committee on Equality of Opportunity for Women and Men, TURKEY

SYRIAN REFUGEE WOMEN AND THEIR PROBLEMS